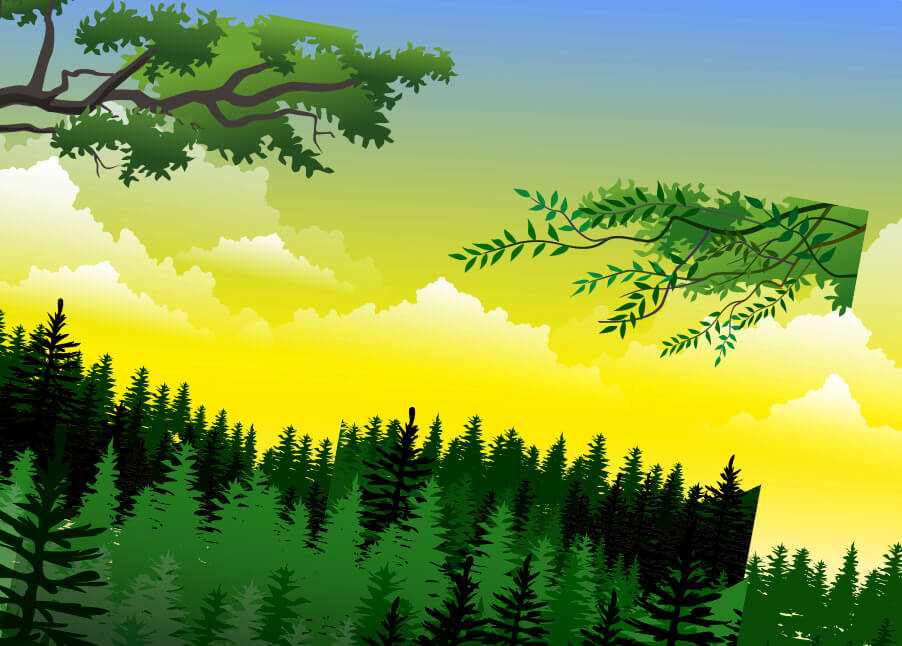 Do you want to have your own free online game like Space Duet? Request a Quote. 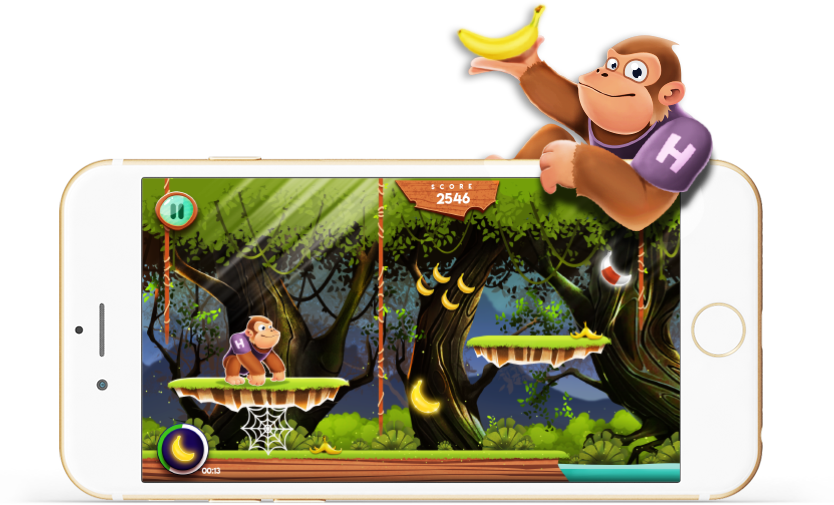 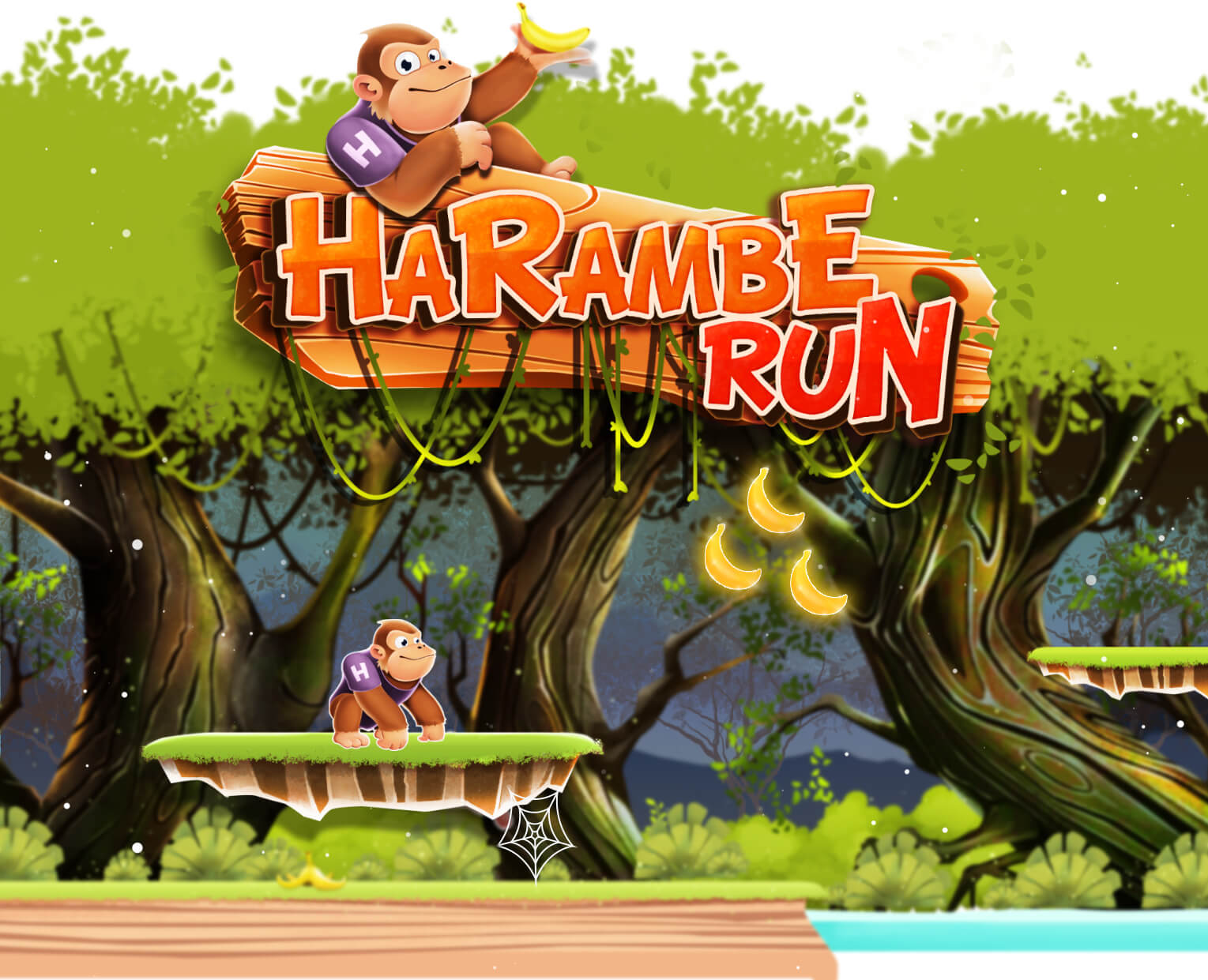 This is an endless runner game with engaging gaming experience. Harambe Run is built using Unity 3d for both iOS and Android platforms. The main character of the game is a gorilla, named ‘Harambe’, that runs across a pleasant jungle theme while collecting bananas and avoiding obstacles. As the game begins, the player collects bananas by using one-tap controls to jump, swing and collide. While gathering bananas, the player comes across amazing power-ups and obstacles. The two power-ups as ’Golden Banana’ and ‘Magnet Banana’ can be activated by colliding against them. The Golden Banana power-up appears more bananas on the screen for a few seconds, whereas the Magnet Banana attracts bananas without a need to jump and reach them. On the other hand, the obstacles appear in the form of banana peels, vines, snakes, water bodies and spider webs. Touching any of these obstacles immediately ends up the game. The final game score is the distance covered and the total number of bananas collected.
Team ChicMic infused its svelte designing and development experience to give an aesthetically pleasing gaming experience.

The client approached ChicMic for an endless runner game with a jungle theme and Gorilla as the main character. Our concept artists infused their creativity and came up with final pencil sketches in no time, which were then converted into final designs using Photoshop and Adobe Animate. 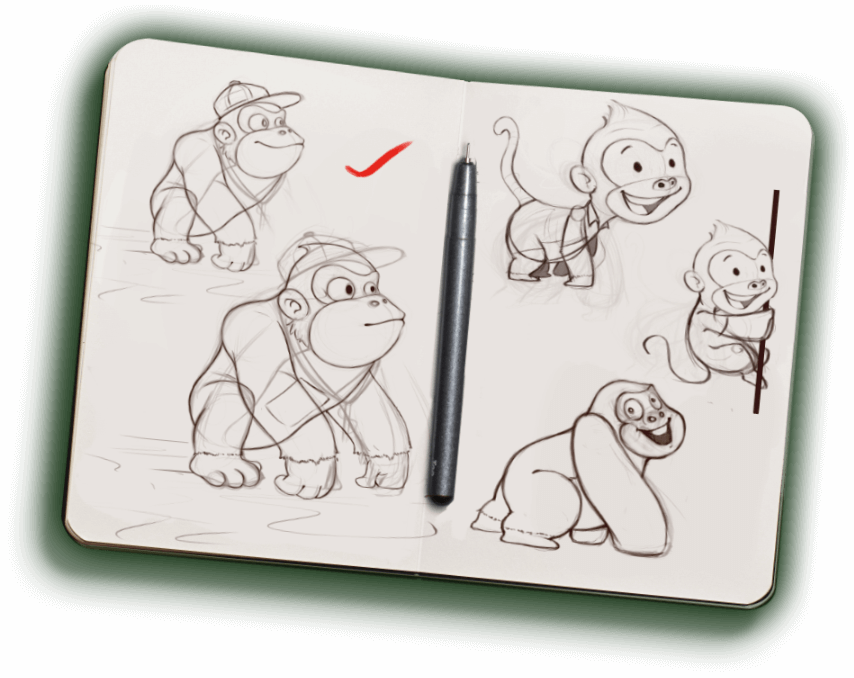 Setting up a jungle theme was the main requirement followed by deciding upon the power-ups and obstacles. After a few iterations, team ChicMic created an impressive UI that gives an engaging UX. 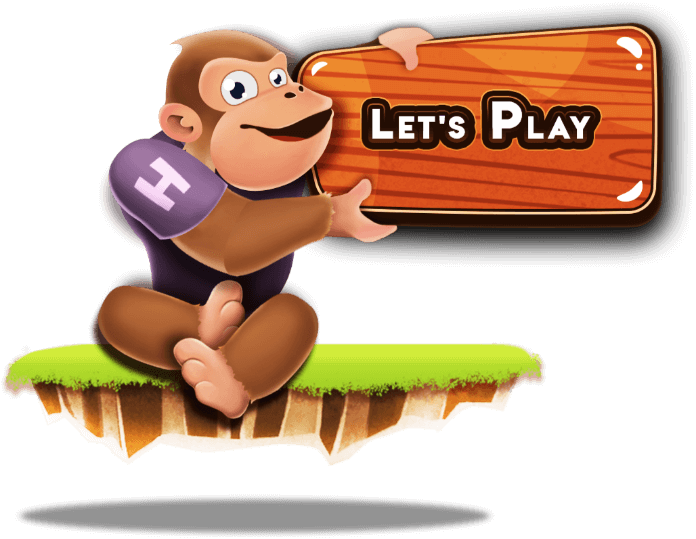